There is certainly no shortage of foreign policy advice directed at President Biden. The need to restructure the State Department and rebuild America’s diplomatic strength is widely acknowledged. As former defense secretary, Robert Gates, phrased it in the July/August 2020 issue of Foreign Affairs, “Washington has become overly dependent on military tools and has seriously neglected its non-military instruments of power, which have withered and weakened as a result.”

Echoing Gates, in a Council on Foreign Relations Special Report, Revitalizing the State Department and American Diplomacy, diplomats Jon Finer and Uzra S. Zeya argue that “left unaddressed, the challenges that DOS [the Department of State] faces risk causing irreparable damage to America’s standing and influence in the world, ability to advance its interests overseas, and security and prosperity at home.” The authors note that “despite the decades-long failure to implement essential reforms…diplomacy remains the best tool the United States has to advance its foreign policy interests.”

In particular, public diplomacy experts agree that there is an urgent need to refurbish what University of Southern California Professor Nicholas Cull calls America’s “reputational security.” The Pew Research Center’s Global Attitudes Survey Report issued September 15, 2020, shows that favorability ratings of the United States are at an all-time low. Uncle Sam’s image is tarnished as never before.

How do our nation’s leaders restore trust? How do they reclaim credibility? There are multiple answers to these questions. However, one thing is certain: our nation’s leaders cannot do it alone—they need our help! Citizen diplomacy is not a familiar concept to most people. Nonetheless, the idea that the individual citizen has the responsibility to help shape foreign relations has been around for a long time. President Eisenhower, at the White House Summit on Citizen Diplomacy he convened on September 11, 1956, observed:

“…Clearly, there will never be enough diplomats and information officers at work in the world to get the job done without help from the rest of us. Indeed, if our American ideology is eventually to win out in the great struggle being waged between the two opposing ways of life, it must have the active support of thousands of independent private groups and institutions and of millions of individual Americans acting through person-to-person communication in foreign lands.”

1905: The Treaty of Portsmouth

One example of citizen diplomacy at work involved Treaty of Portsmouth negotiations, ending the Russo-Japanese War (1904 -1905). The U.S. Navy and Governor of New Hampshire hosted the official delegation for negotiations from August 6 to August 30, 1905. The state of New Hampshire and President Teddy Roosevelt employed multi-track diplomacy as a means for fostering goodwill among the Russian and Japanese negotiators, including back-channel diplomacy and social events hosted by members of the local community. The Treaty was signed on September 5, 1905. President Teddy Roosevelt received the Nobel Peace Prize for mediating the settlement.

As the nation was distilling the lessons of the Great War (as World War I was then known), statesman Elihu Root made a persuasive plea for Americans to learn more about the conduct of foreign relations. He argued eloquently that the nation’s long-term peace and prosperity depended on it. Root, Secretary of War for President McKinley from 1899-1904, and Secretary of State for President Roosevelt from 1905-1909, was one of the three founders of the Institute of International Education (IIE) in 1919.

In an article titled A Requisite for the Success of Popular Diplomacy that appeared in the first issue of Foreign Affairs (Vol. 1, No. 1, September 1922), Root described the growing interdependence of nations and the necessity of citizen engagement in foreign affairs. His words have remarkable resonance almost a century later:

“One of the most useful and imperative lessons learned by all civilized governments in the practice of international intercourse has been the necessity of politeness and restraint in expression. Without these, the peaceful settlement of controversy is impossible… It cannot be expected that every individual in a great democracy will naturally practice restraint. Political demagogues will seek popularity by public speeches full of insults to foreign countries, and yellow journals will seek to increase their circulation by appeals to prejudice against foreigners… Such public expressions by our own citizens bring discredit upon our country and injure its business and imperil its peace… They will practically cease whenever the American public really condemns and resents them… that will come when the American public understands the business of international intercourse.”

The iconic White House Conference on Citizen Diplomacy took place on September 11, 1956, and inspired the founding of several citizen diplomacy organizations including People to People International and Sister Cities International. It is instructive that a general, who had seen so much of war firsthand, made some of the most articulate arguments for citizen diplomacy. President Eisenhower asked:

“How do we dispel ignorance? How do we present our own case? How do we strengthen friendships? How do we learn from others?  In the opinion of this Administration there is no more important work than that in which we are asking you to participate.… If we are going to take advantage of the assumption that all people want peace, then the problem is for people to get together and to leap governments—if necessary, to evade governments—to work out not one method, but thousands of methods by which people can gradually learn a bit more of each other…. I am talking about the exchange of professors and students and executives, the providing of technical assistance, and of the ordinary traveler abroad.”

After World War II, a variety of international exchange programs and citizen diplomacy organizations were established at least in part to prevent another cataclysmic war. Sometimes citizens literally took matters into their own hands. For example, Roswell “Bob” Garst wrote directly to Soviet Premier Nikita Khrushchev inviting him to visit his family farm near Coon Rapids, Iowa—and Khrushchev accepted. The time he shared with the Garst family on their farm was described as the highlight of his 1959 visit to the United States.

Gale Warner and Michael Shuman explored this notion that the average American citizen has the ability to improve international relations. Their book, Citizen Diplomats: Pathfinders in Soviet-American Relations and How You Can Join Them, was published in 1987:

“In recent years, more and more Americans have begun taking responsibility, as private citizens, to promote healthier relations between the United States and the Soviet Union. They believe the risk of nuclear war is too high for citizens to wait passively on the sidelines and merely hope for the best. These are the people known as ‘citizen diplomats’. The term citizen diplomat is appropriate because these Americans are deliberately trying to improve nation-to-nation relations and reduce the risk of war—the essential task of diplomacy.”

The authors concluded that while traditional diplomats serve as conduits between American and Soviet leaders, citizen diplomats serve as conduits between the American and Soviet people. They believed that citizen diplomats affect nations’ leaders as well. Sometimes they do this by working alongside the traditional diplomats. More often, however, they impact the political context in which leaders operate by spreading information and forming people-to-people relationships.

2001: After 9/11, Building a Coalition for Citizen Diplomacy

The tragic events of September 11, 2001, and their aftermath prompted national soul-searching. Concern about perceptions of America abroad, particularly in predominantly Muslim countries, escalated. Global Ties U.S. (then the National Council for International Visitors – NCIV) initially convened a planning group that included representatives of Meridian International Center, the Alliance for International Exchange, and other sister organizations with congruent missions. One result: in March 2004, a group of leaders, primarily heads of exchange organizations, gathered at the Johnson Foundation Wingspread Conference Center in Racine, Wisconsin. During the meeting, participants debated how to exponentially expand the number of Americans engaged in citizen diplomacy, recognize the accomplishments of outstanding citizen diplomats, and identify new public and private resources for international exchange and development programs. In the years immediately following, two National Summits on Citizen Diplomacy took place. The first preceded the Sister Cities Conference in 2006; the second preceded the Global Ties U.S. (NCIV) National Conference in February 2008. More than 70 community summits from Miami to Seattle also occurred in this immediate post-9/11 era. Some of these leaders helped found the U.S. Center for Citizen Diplomacy in Des Moines, Iowa, in 2006. Another National Summit occurred in 2010. The Center merged with PYXERA Global in 2012.

The Citizen Diplomacy Research Group (CDRG), founded by Paul Lachelier, is an affinity group of the Public Diplomacy Council. The rapidly growing CDRG provides a forum for members to share the latest research and best practices of organizations that promote citizen engagement in foreign affairs. This is just one example of a way to become involved. Every American has a role to play in putting Uncle Sam’s best foot forward.

PYXERA Global
Follow
Our mission is to reinvent how public, private, and social interests engage to solve global challenges.

3 Steps to Strengthen Your CSR Strategy in 2023

CSR Strategies for Elevating Employees as Your Number One Stakeholder

Don’t get distracted now; Stay the course on ESG and Sustainable Business 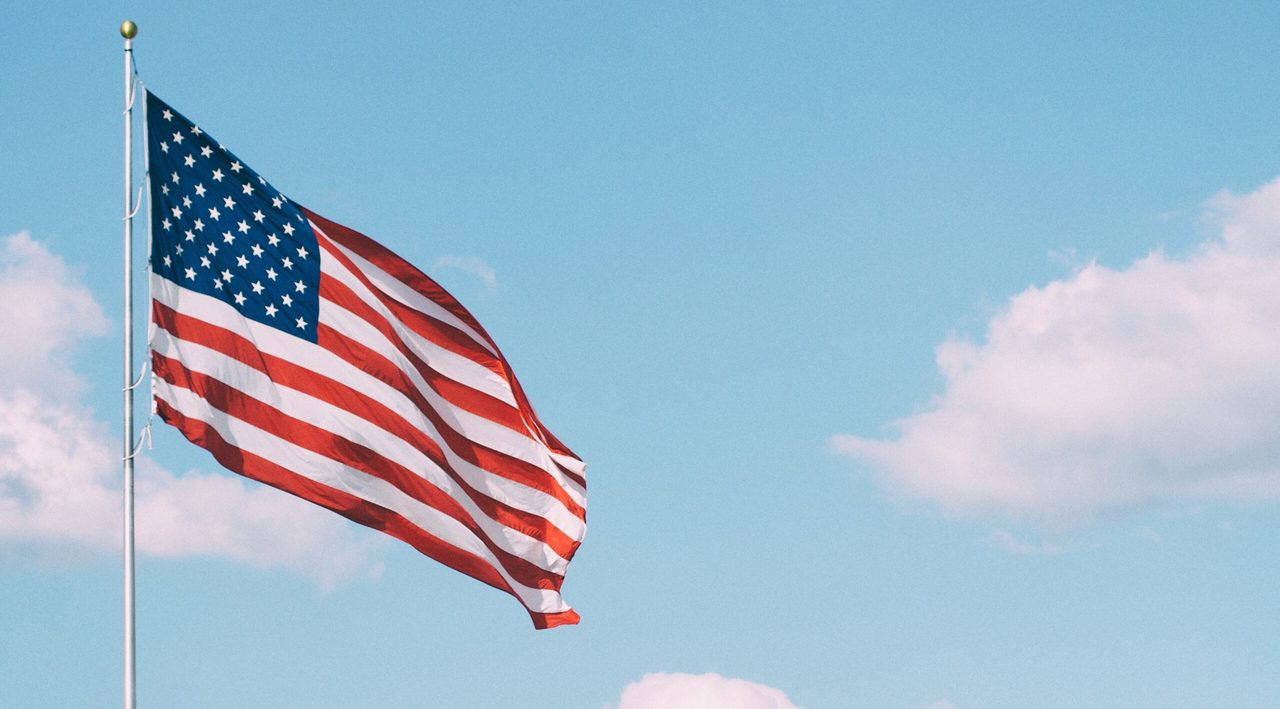