On November 18, 2020, PYXERA Global hosted the second of several conversations as part of the Rhetoric to Action webinar series. The series intends to bring leaders from across sectors to discuss meaningful actions that can dismantle structural racism. To learn more, discuss actions your company can take toward dismantling structural racism, or launch a new initiative, contact: Renay Loper, Vice President of Program Innovation, PYXERA Global.

While many multinational companies have pledged to address structural racism in the United States, we know that structural racism is not just a US issue – it’s a global issue. So how can companies around the world learn from each other and leverage their responses to influence racial justice globally?

During PYXERA Global’s second conversation as part of the Rhetoric to Action Webinar series, Renay Loper, Vice President of Program Innovation at PYXERA Global, welcomed Dr. Ambily Banerjee, Director at GSK (based in the UK); Rebecca Stevens, Head of Global Health Partnerships at Novartis (based in Switzerland); and Bruno Honorio, Researcher and Content Analyst of Social Listening at QuintoAndar (based in Brazil) to discuss some of the tangible ways in which multinational corporations can contribute to dismantling structural racism and the rebuilding of a more equitable system – globally. Each brought a unique perspective: Ambily actively works with senior leaders to bring visibility to some of the challenges faced by Black, Asian and ethnic minority colleagues at GSK; Rebecca secures and implements partnerships to develop medicines for diseases that disproportionately affect poor, vulnerable populations; and Bruno’s communications expertise in brand content creation focuses on ethnic and racial representation and LGBTQ consumer research, services, and digital platforms. While none of the speakers hold titles typically associated with race-related issues (for example, Head of HR or Diversity & Inclusion), each leads on these issues from where they are and within the roles they occupy.

While each country’s history with and acknowledgment of racial injustice is unique, Ambily, Rebecca, and Bruno all agreed that this year’s amplification of racial injustices in the US have propelled race-related movements where they are based – from mass protests and examinations of the legacy of monuments to efforts to reform criminal justice systems, social media mobilization, and more. Additionally, the panel reflected on the global effects of the recent historic US presidential election where Kamala Harris became the first female, first Black, and first Asian American elected as US Vice-President.

For multinational companies, the events of this year have demonstrated the importance of accountability and tracking the impact of initiatives to address structural racism, both internally and externally. To encourage multinational companies to stay accountable and leverage their global influence, Ambily, Rebecca, Bruno and Renay concluded the conversation with the following recommendations and reminders:

We encourage you to view the webinar recording and share it with colleagues and peers. We also welcome you to continue the conversation with us during the next webinar of the Rhetoric to Action series.

Our mission is to reinvent how public, private, and social interests engage to solve global challenges.
Follow
34 Contributions
3 Followers
0 Following

Net Zero Transition Plans Should be Centered around Justice and Inclusion 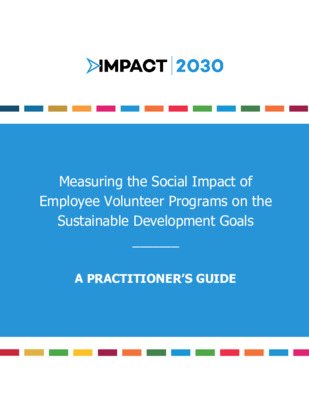 CECP
Community for Employee Civic Engagement
We use cookies to help improve your experience. By continuing to browse our website you are consenting to our use of cookies.
Learn more

To explore everything CECE has to offer, register for a 14-day free trial or sign up for a full membership with your tax-deductible donation.