Next Steps in Anti-Racism Response: Where to Donate and Who to Support

Review of the top credible organizations cited by activists and community leaders, most frequently supported by responding companies and considered to be making a tangible difference for communities of color. Consider donating to organizations that are seeking to create systematic change.

Working in Corporate Social Responsibility, we all strive to take meaningful action when society calls on us to respond. Companies across all industries want to make a difference by acting on their stated values, revising long-held policies, and activating community support. In light of the ongoing tragedies of police brutality, now more than ever, companies are searching for community partners that are doing the much-needed work to create an equitable and safe society. The following nonprofits are the top credible organizations cited by activists and community leaders, most frequently supported by responding companies and considered to be making a tangible difference especially for Black Americans and communities of color.

Hopefully, your company will consider donating to organizations that are seeking to create systematic, sustainable change. Many of these national organization are getting a lot of positive attention and would be a great place to give your financial support. We also encourage you to seek out local, grassroots organizations contributing significantly to the communities of your employees, customers, and stakeholders.  Ask for suggestions from these groups as they know their communities best.

Together, we can create a society that is equitable and safe for communities of color. 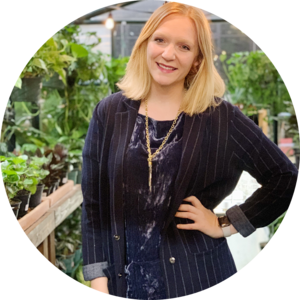 Em Clarke has been with Points of Light for a year and a half working with corporate clients through POL's Corporate Solutions consulting practice. She is motivated by her work evaluating corporate accountability and social responsibility and has spent the last five years dedicated to improving the well being of local communities through global strategy and ensuring marginalized voices are heard when funders and decision makers choose to take interest. Upon receipt of her Master of Nonprofit Management and Leadership from The University of Georgia, she joined the United Way system for several years before transitioning to Points of Light. Her professional experiences include managing teams of executives working collectively to design enterprise-wide programming, volunteer days of service, and funding strategies.
Follow
14 Contributions
3 Followers
0 Following

Katy Elder
Community for Employee Civic Engagement
We use cookies to help improve your experience. By continuing to browse our website you are consenting to our use of cookies.
Learn more

To explore everything CECE has to offer, register for a 14-day free trial or sign up for a full membership with your tax-deductible donation.